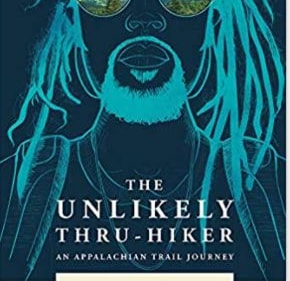 Derick Lugo had never been hiking. He certainly couldn't imagine going more than a day without manicuring his goatee. But with a job cut short and no immediate plans, this fixture of the New York comedy scene began to think about what he might do with months of free time. He had heard of the Appalachian Trail, but he had never seriously considered attempting to hike all 2,184.2 miles of it. Suddenly he found himself asking, Could he do it?

The Unlikely Thru-Hiker is the story of how a young black man from the city, unfamiliar with both the outdoors and thru-hiking culture, sets off with an extremely overweight pack and a willfully can-do attitude to conquer the infamous trail. What follows are lessons on preparation, humility, and nature's wild unpredictability. But this isn't a hard-nosed memoir of discouragement. What sets Lugo apart from the typical walk in the woods is his refusal to let any challenge squash his inner Pollyanna. Through it all, Lugo perseveres with humor, tenacity, and an unshakeable commitment to grooming―earning him the trail name "Mr. Fabulous"―that sees him from Springer Mountain in Georgia to Katahdin in Maine.