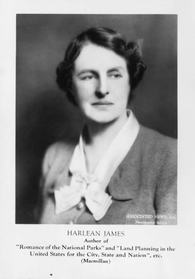 Harlean James played a large role in the initial organization of the movement to create an Appalachian Trail. After Benton MacKaye's seminal 1921 article proposing the Trail, James and others advocated for concrete steps to begin the A.T. In 1925, she issued the call for the initial "conference" to be held in Washington, DC to begin planning the Trail. She remained active in the A.T. movement for decades afterward and was one of four pioneers to receive the initial honorary memberships in ATC, its highest honor.

Beyond her A.T. work, she served in Washington for many years as Executive Secretary of both the National Conference on State Parks and the American Planning and Civic Association. She held various leadership positions in national planning and parks over a 37-year career. 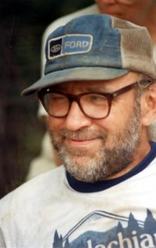 Charles Parry was described as a relentless Appalachian Trail volunteer. He served as the Roanoke A.T. Club's trail supervisor from 1976 until his death in December 2010, shaping nearly all of the 120 miles the club maintains and playing a pivotal role in the return of the A.T. to McAfee Knob in the late 1980s. His was a time of numerous trail relocations. As a former club member said, on a work trip, "he emphasized the 'work' part."

He held master’s and doctorate degrees in mathematics from Michigan State and spent his career teaching at Virginia Tech with the same passion he brought to the Trail. At the time of his death at 68, he was professor emeritus in the College of Science. 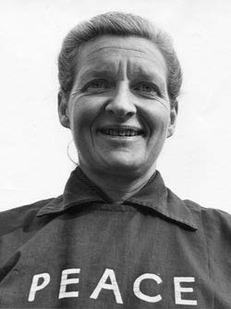 Mildred Norman Ryder: Despite the popular belief that Grandma Gatewood was the first woman to hike the entire A.T. in one year, Mildred Norman Ryder, universally known as "Peace Pilgrim", accomplished that feat in 1952. Thru-hiking the A.T. was just the first step in Peace Pilgrim's unique mission. She felt she had received a message from God to spend her life advocating for peace. After the A.T. thru-hike, she spent the rest of her life walking in every part of the country and most of Canada. By 1964, she had walked more than 25,000 miles. Eventually, she stopped counting.

As she became more famous, she received invitations to speak at schools and churches. Friends and observers described her as fearless. In her words: "I shall remain a wanderer until mankind has learned the way of peace; walking until I am given shelter, and fasting until I am given food." Ironically, this woman who walked everywhere was killed in a car crash in 1981.
For an interesting background article on Mildred Norman Ryder click here. 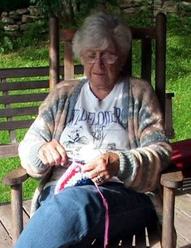 Tillie Wood and her husband Roy were newlyweds in 1939 when they discovered a run-down cabin in the mountains south of Pearisburg, VA, just a half mile from the Appalachian Trail. They kept the cabin while Roy pursued a career preserving national forests and state parks. After Roy retired in 1981, they decided to fix up the cabin as a hostel for A.T. hikers. Sadly, Roy passed away just after the work was finished in 1986.

Tillie spent the next 21 years giving hikers a place to rest, shower and warm their bellies with a Southern breakfast. Woods Hole became known as one of the most beloved hostels on the A.T. In 2007, Tillie learned she had cancer with only six months to live. Her granddaughter Neville felt called to keep up the family tradition. If anything, Neville's husband Michael was even more enthusiastic. Under the stewardship of Neville and Michael, the tradition of Tillie Wood and Woods Hole hostel continues to this day.

HERE is a link to the video of the 2017 Hall of Fame Banquet, where the 2017 class was inducted.
Copyright © Appalachian Trail Museum, Inc.